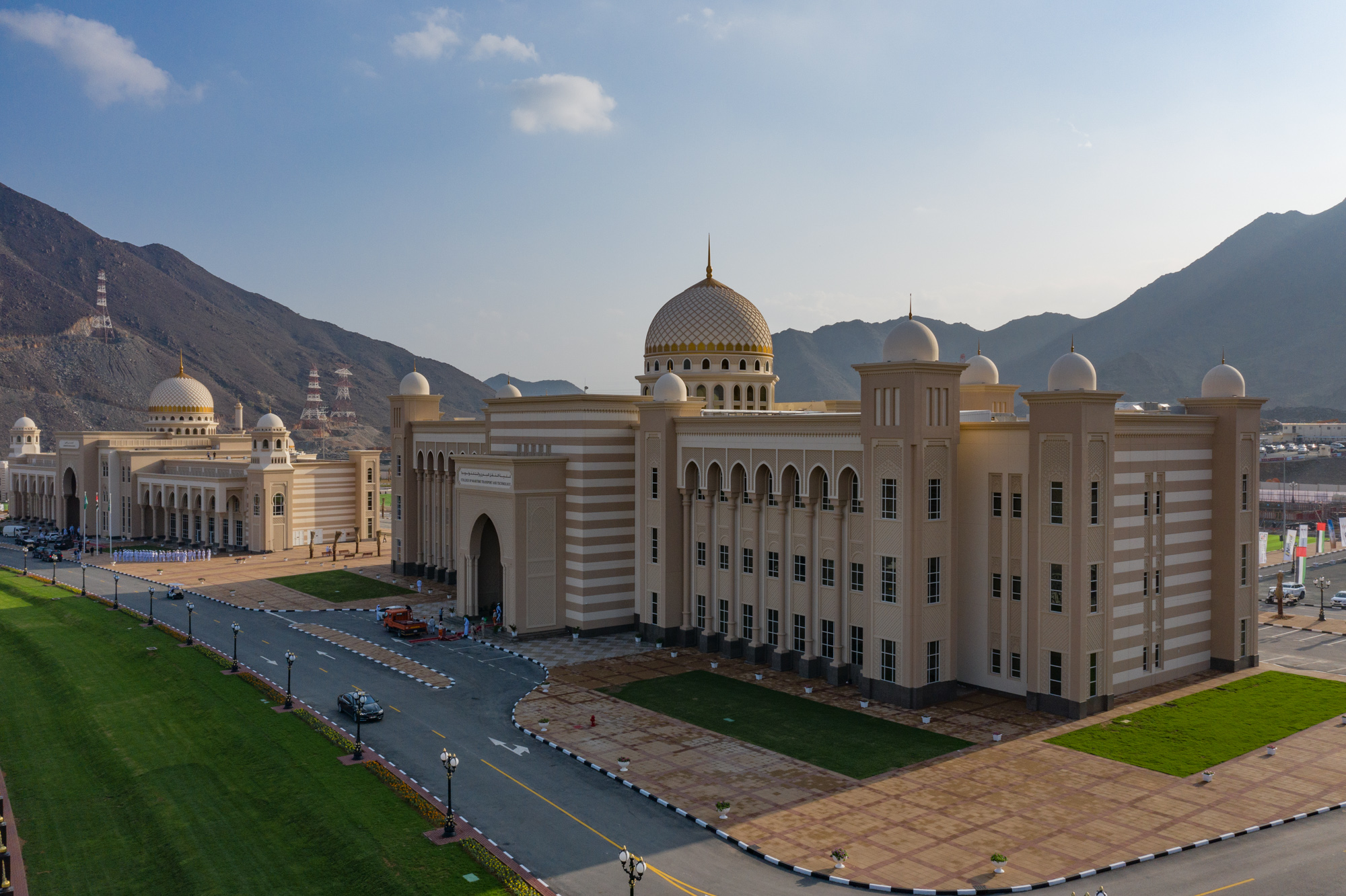 As part of its continuous effort to attract more students interested in maritime education, the Arab Academy for ScienceTechnology and Maritime Transport in Sharjah has successfully participated  in the 16th InternationalEducation show, which is currently held at the Sharjah Expo from January 22 to24 of this month. The Academy presents to visitors, students, parents and all government and private entities, its advanced capabilities in the field of maritime education. Hundreds of students have visited the academy’s pavilion as the official admission has been opened for the second patch in both MaritimeTransport Technology and Marine Engineering Technology.

AASTS’s participation is the first of its kind in this crucial educational event, after its official inauguration last December by His Highness Sheikh Dr. Sultan bin Muhammad Al Qasimi, Member of the Supreme Council and Ruler of Sharjah. Eight months after the signing of the partnership agreement with the Arab Academy for Science andTechnology Maritime Transport affiliated with the Arab League, His Highness has dedicated a grant of one billion dirhams to build the college’s headquarters in the city of Khor Fakkan in Sharjah, on an area of ​​more than 200 thousand square meters, and equipped with the latest educational tools and facilities.His Highness also included a full educational scholarship for one hundredSharjah locals. The construction work was completed in record time, and studies have begun for the year 2019-2020.

In this regard, Dr. Ismail AbdelGhaffar Ismail Faraj, President of the Arab Academy for Science, Technology andMaritime Transport, explained: "It is a significant step for us to participate in the International Education Exhibition in Sharjah in order to create more awareness about the benefits that we provide to students who are looking for highly competitive new educational opportunities in the maritime sector as there has been a strong demand for qualified local cadres, especially in this part of the world.”

Additionally, Dr. Hisham Afifi,Advisor to the President of the Academy and in charge of Khorfakkan's branch, emphasized,"Our participation in this event for the second time as the Academy and the first time for our Sharjah branch, comes in line with the UAE preparation for the next 50 years, which represents an integrated strategy for building new economic capabilities independent to the oil sector. The education sector comes as the main supporter of this initiative, especially in the maritime field, which is one of the most important pillars of the country's future sustainable economy. Capitalizing on the strategic location of the UAE at the heart of global trade routes, in addition to the UAE’s advanced marine infrastructure, the country is ranked as one of the best global maritime hubs according to many international reports."

Dr.Mohi Al-Sayeh, Dean of the college of Maritime Transport and Technology furtheradded,

"After passing the English level, and medical fitness tests, 88 students were accepted from the first patch, out of more than 180 who applied to the Academy. We were aiming to accept 100students, so we are close to our planned target, which is why our participation this year in the International Education Exhibition will help us to acquire the elite students that can fit in our niche sector in the maritime industry."

About the strategic value of the maritime sector in the UAE, Dr. Ahmed Youssef, Associate Dean of the College of Maritime Transport and Technology, highlighted, “The UAE is one of the main destinations for maritime business, as the volume of the industry exceeds280 billion dirhams, and it hosts dozens of international marine companies.Moreover, the UAE owns more than 19 ports, some of which are ranked among the top ten ports globally. For this reason, the maritime industry needs great support from academic institutions. The Academy will play a central role in bridging the shortage of Emirati cadres needed by the local and regional market in general, in addition to contributing to the enhancement of the UAE's position as one of the most important international maritime centers, not only in terms of infrastructure and maritime facilities, but also as a scientific center for the latest in research, development and innovation. TheInternational Education Exhibition in Sharjah represents an excellent opportunity for us to reach our target audience regionally.”

The Academy also seeks to attract professional cadres working in maritime institutions in the country who want to receive specialized training programs within the professional development and continuing education services provided by the Academy. This is in addition to offering the service of renewing the passport of marine officers, engineers, and sailors and cooperating with training departments in companies to design special training programs in various technical and marine management fields, as well as reviewing the advanced simulators owned by the Academy.