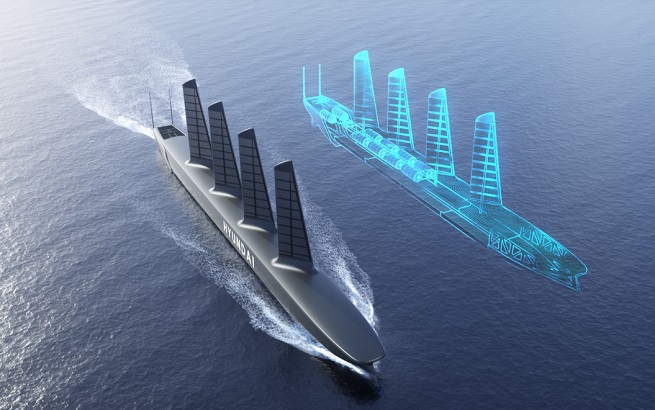 The Korea Shipbuilding & Offshore Engineering Co. (KSOE) said Tuesday it has succeeded in conducting a virtual test run of an autonomous passenger ship.

KSOE, a subholding company of Hyundai Heavy Industries Holdings, said the company joined hands with its autonomous navigation subsidiary Avikus in carrying out the test at its hardware-in-the-loop simulation facility in Pangyo, south of Seoul.

The virtual demonstration was based on the so-called Hyundai intelligent Digital Twin Ship Virtual Commissioning Solution using a twin digital, or a virtual model designed to accurately reflect a physical object.

“The demonstration is very meaningful since it has gone beyond a simple check of a ship’s engine and inspected the safety of autonomous navigation,” it said. “We will push to commercialize virtual test runs of ships.”

KSOE is currently building an autonomous passenger boat together with the Korea Institute for Advancement of Technology and the municipal government of Ulsan, an industrial city on the southeastern coast of the country.

In January last year, KSOE succeeded in carrying out a virtual test run of an LNG carrier for the first time in the world.

Hyundai Heavy Industries Holdings opened the simulation facility in 2017 and received a compliance certification for a digital twin model from the Norwegian accredited registrar and classification society DNV in December last year.

In February this year, it obtained a Digital Twin Ready certification from Britain’s Lloyd’s Register.